Three layers of interpretation to help you conquer Lenz’s Law

Lenz’s law is one of the most challenging concepts in the electromagnetism module of HSC Physics. The majority of students fall into the trap of memorising definitions, however, this will only lead to the misapplication of the concept if the context of the question changes.

In order to understand this concept in depth, I like to consider three layers of interpretation for Lenz’s law:

1. SURFACE INTERPRETATION: Lenz’s law describes the result of a change in magnetic flux.

This is the most common interpretation taught across schools. Definitionally, Lenz’s law states that “a flux change through a conductor will induce an electromotive force (EMF) that opposes this change in flux.” The key thing to understand here is the concept of flux change and distinguishing it from flux. Let’s walk through an example to illustrate this.

Consider the following conductor loop, initially with a magnetic flux of 50 Wb into the page:

Hence, the induced EMF in the conductor loop increases the flux into the page by 30 Wb – but how does induced EMF create flux?

Induced EMF can create a current if there is a closed circuit; according to the right hand grip rule, the current will induce a magnetic field, which contributes to flux. Hence, in our example above, the induced EMF creates a clockwise current in the loop in order to oppose the flux change.

Let’s look at another example: If the north pole of a magnet approaches a conductor loop, what is the direction of the induced current in the loop? 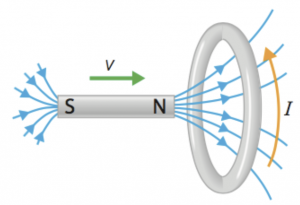 Let’s now look at the concept of flux change more fundamentally. Flux change is essentially a result of the RELATIVE MOTION between the magnetic field and the conductor.

From the perspective of energy, as the kinetic energy of the magnet is converted into electrical energy in the form of the induced EMF in the conductor, the relative motion between the two must be slowed as kinetic energy decreases.

3. MICROSCOPIC INTERPRETATION: Lenz’s law is a manifestation of the right hand palm rule.

Another common version of Lenz’s law is that moving conductor induces an EMF in it if it cuts a magnetic field perpendicularly. This is essentially manifestation of the right hand palm rule. Let’s walk this through with an example.

Suppose a conductor rod is moving to the right across a magnetic field into the page, as shown in the diagram below: 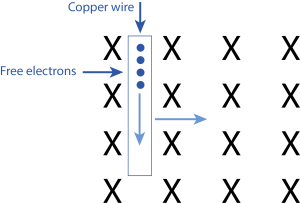 In other words, there will be a force opposing the relative motion between the conductor rod and the magnetic field, and hence opposing the flux change induced by this relative motion. This reasoning is hence the microscopic explanation of Lenz’s law using the right hand palm rule, and we can see it ties well with the previous 2 interpretations.

SUMMARY AND CHALLENGE QUESTION FOR THE BRAVE

Hope this article clears up your understanding of the concept of Lenz’s law and enables you to solve relevant questions across a wide range of scenarios.

For the brave students, here is an interesting question to test what you’ve learned:

Two conductor wires through a sliding contact are set up to touch a rotating copper disc located between the poles of a horseshoe magnet. 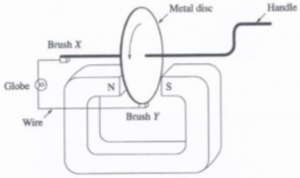 Is there a current induced between brush X and brush Y? If so, what type of current and which direction (if applicable)?

Comment your answers below and share with your friends! The first student with the correct answer and working will receive a free session with one of our expert tutors.

The last comment and 39 other comment(s) need to be approved.
0 replies

Want to join the discussion?
Feel free to contribute! 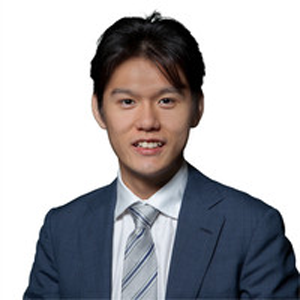